Edith Holden, the creator of The Country Diary of an Edwardian Lady, was born on 26th September 1871 and grew up near Birmingham. She was one of seven children (5 girls and 2 boys) of Arthur and Emma Holden. Arthur owned a successful paint factory, Holden, and Sons, in Birmingham and he was also a noted town councilor and active charity worker. Both he and his wife were Unitarians and spiritualists and they each wrote pamphlets and books on these subjects. 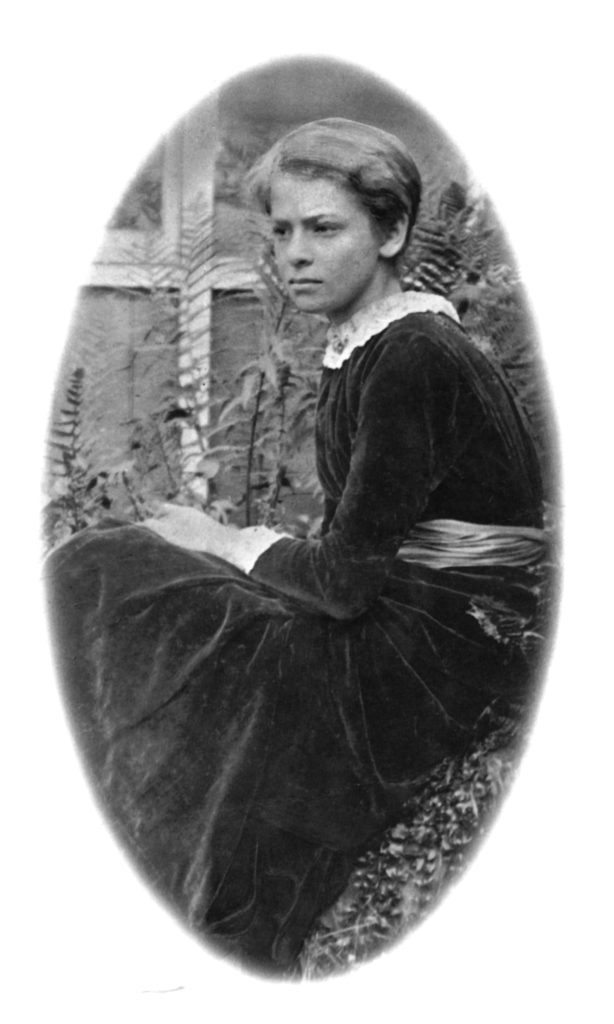 As was common at the time Edith and her sisters were educated at home by their mother and they were taught to appreciate literature, including poetry which was a particular interest of Edith’s parents. Sketching, painting, and knowledge of nature were also considered an important part of a girl’s education. Edith showed particular aptitude in this and at the age of 13, she was enrolled at the Birmingham School of Art where, after her first year, she passed the exams and achieved an ‘Excellent’ grade for her freehand drawing. During this year the noted Victorian artist Edward Burne-Jones visited the school and provided Edith with further inspiration to be an artist and instilled in her a lifelong interest in the Arts and Crafts movement. Around this time Edith began to concentrate on nature drawing and painting and she explored the countryside surrounding her home to gather samples for study.

When she was 20 she went to Scotland to be a residential student with the established artist Denovan Adam who had set up a studio at his house Craig Mill. The studio was a meeting place for local and visiting artists and students and Edith was further exposed to the artistic community. Living away from home was quite unusual for a young woman in the 1890s and showed a relatively modern spirit which was perhaps also a reflection of her family background. Her middle name honored the pioneering first woman physician Elizabeth Blackwell who was a cousin of her parents and similarly a Unitarian.

In 1904 Edith’s mother passed away and Edith began to travel more. She started teaching art to older girls at the Solihull School for Girls from 1906 and to encourage her students in their work she would collect plant specimens for her students to sketch and draw. It was during this time that Edith created her naturalist’s diary for 1906 which was later published as The Country Diary of an Edwardian Lady. The diary was a carefully observed record of the seasons in the countryside around her home and included poetry and delicate paintings of birds, plants and insects. It was a personal diary and never considered for publication although Edith also did work illustrating some books and magazines. She also at this time exhibited her paintings for several years at the Royal Birmingham Society of Arts and in 1907 at the Royal Academy of Arts in London.

In 1909 she gave up teaching and moved to London where in 1911, at the age of 39 she married Ernest Smith a sculptor. Edith and Ernest set up home in Chelsea, an area then popular with artists and writers and they moved in the artistic circles of the Edwardian period. Ernest worked as personal assistant to Countess Feodora Gleichen who was a notable sculptress at the time and this brought both Edith and Ernest into contact with the upper echelons of London high society. Edith also continued her work as a book illustrator and her interest in drawing from nature continued unabated.

On 15th March 1920, Edith went for a walk in Kew near the river intending to collect wildflowers. When Ernest returned home that evening his wife was out but the table has been laid for the evening meal and Ernest assumed she was with friends. It was not until the next morning that he learned the truth, that her body had been found floating in the Thames. The subsequent inquest established that she had drowned and it is believed that she tried to reach a branch of chestnut buds overhanging the river and had tragically overbalanced and fallen forward into the water where she drowned.

About The Country Diary of an Edwardian Lady

Having celebrated its centenary in 2006, The Country Diary of an Edwardian Lady – a naturalist’s diary for the year 1906 in which Edith Holden recorded with words and illustrations the seasonal Read More… 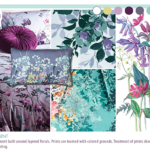